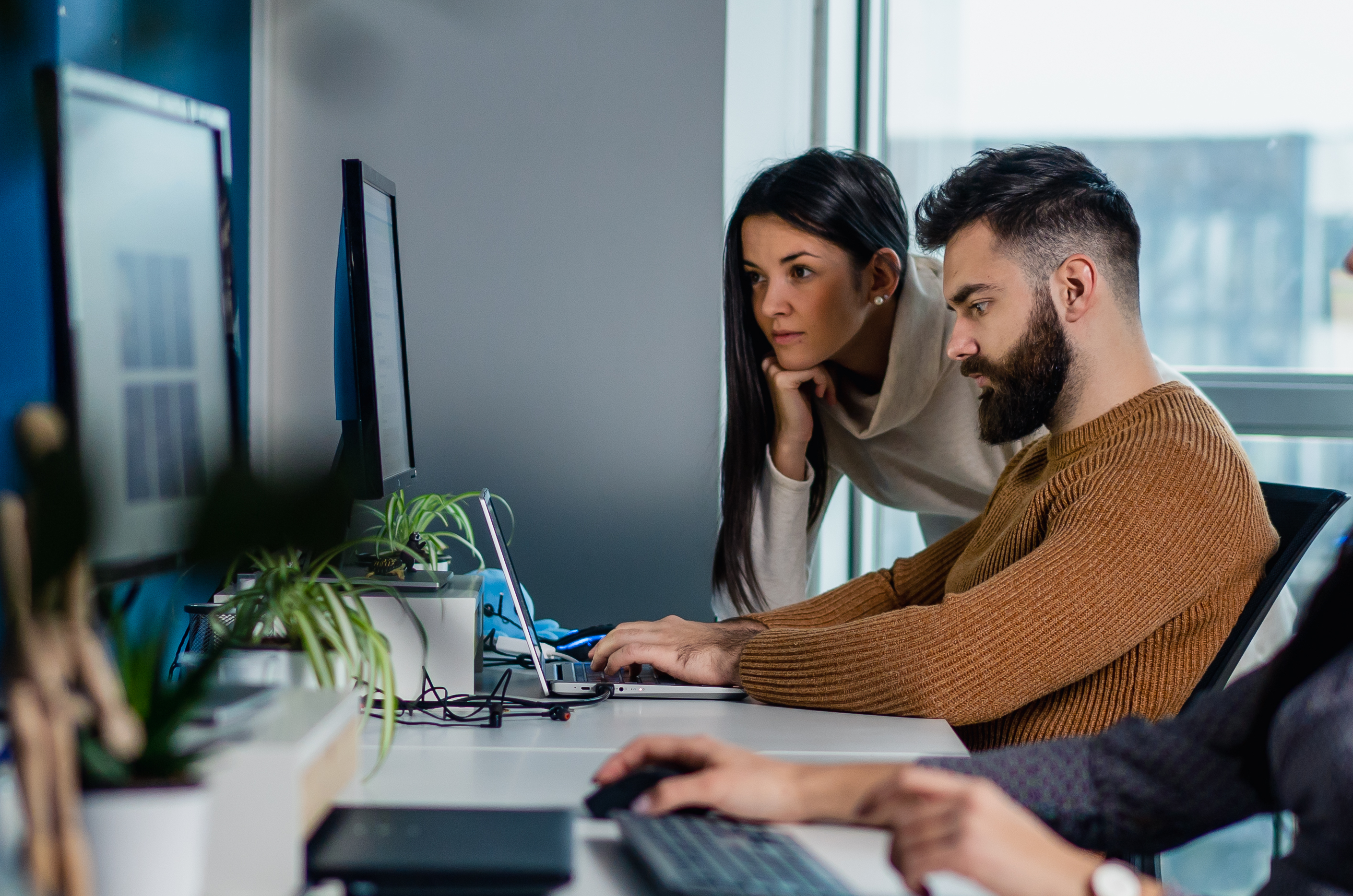 In 2020, US healthcare spending reached $4.1 trillion, accounting for almost 20% of the country’s GDP. And by the looks of it, the prices are only going to rise – at a much faster rate than the cost of any other goods and services in the economy.

Sadly, this brings us to the point where around 45% of people don’t stick to their prescribed therapy because they cannot afford to. They either cut the pills in half, skip their dose from time to time, or decide to stop filling the prescriptions for good.

But the most difficult statistic to hear is the one that points out how non-adherence to a prescribed therapy leads to more than 120 thousand deaths across the US every year. And while we are waiting for The Lower Drug Cost Now Act to pass, we are looking into solutions that would prevent this from happening – or at least bring the number down to a minimum.
‍

Fortunately, an increasing number of people are challenging the norms of the pharmaceutical industry. Modern revolutionaries are turning to telehealth solutions to make healthcare available to everyone.

In fact, our latest partner started a nonprofit with the objective of delivering prescription drugs to patients who can’t afford their medicine.

The thing is, the current pharmaceutical model involves third-party pharmacy benefits managers (PBMs) who profit from the transaction. Our associate insists on greater pricing transparency and fairness that would bring the patients more significant savings.

About the company and the project

The Inviggo team has been involved in the development of a direct-to-consumer online pharmacy. The idea is to cut the middlemen from the process and provide prescription drugs at lower prices than other retailers. We are building a product that satisfies the highest development and UX standards, offering a streamlined and secure eCommerce experience. The final version of our solution is powered by a reputable digital health platform and relies on the nationwide pharmacy footprint to manage prescriptions.

The project started as an MVP and was launched in just 3 months. Since then, our team has continually worked on maintaining the product and adding new features to answer user feedback and accommodate their demand.

Plain and simple, our goal was to build an app that would help a large number of patients access medication at affordable prices.

Inviggo has already made a mark in the telehealth industry with software designed to ease access to healthcare services. This pharmacy application was envisioned and perfected with a mission to reduce the cost of necessary medications now.
‍

One of the biggest issues it tackles is the involvement of the Pharmacy Benefit Managers (PBMs). Though they were initially employed to simplify the drug claims process for health insurance companies, this new role only further increased the cost of medications. Not to mention that they are, to a certain extent, responsible for any decisions made regarding those costs.

The pharmacy mobile app we are working on is intended to cut the Pharmacy Benefit Managers from the process and solve the two biggest PBM-related challenges: the costs imposed by PBMs and difficulty accessing the drugs listed lower on the PMB’s formulary.
‍

The inspiration for the app came after a staggering revelation regarding the number of lives lost due to inconsistencies in drug use. We believe that everyone deserves the same standard of care, as well as equal and affordable access to the medications they need. And with that mission, we build every telehealth software, including this one.

As we were expected to build the application from the ground up, Inviggo involved both its front and back-end development teams. We were responsible for the layout, API development, and the selection and setup of all necessary integrations.

We delivered a fully dedicated development service. Our senior developer selected a team of 10 people with previous experience in building pharmacy applications. The leads were involved in the organization of teams and sprints, milestone and deadline estimates, and were responsible for the quality of app features.

We recognized the gravity of the matter and have carefully approached the development process. First, we decided to build an MVP to serve as a testing ground for any initial features we wanted to implement. The goal was to present a basic concept and allow users to be a part of the dev process so they could show us first-hand what we can do to improve upon the original idea.

Once we had the necessary feedback, we took the next steps. This meant gradually adding new features and rolling out each update only after perfecting the previous one.

As always, our choice of tech stack played a huge role in the app development. We relied on JS frameworks, as they’ve never failed us in the past:

Now, we thought you might want to hear a bit more about the two specific tools and how they ended up in our shed.

ORMs are powerful tools that enable communication with most (if not all) SQL backends, simplifying any activities performed within databases. At first, they were considered a less efficient option compared to their pg counterparts. However, ORMs like Prisma and Type ORM rose as the evolved versions that offer better UX, simpler code, and decent performance.

Since the MVP rollout, the client worked continuously on collecting user feedback and researching the target market to come up with a list of features that would solve the pressing matters. In close collaboration with the client, the Inviggo team worked on the following:
‍

To avoid misuse and malpractice, we built a questionnaire to inquire about each user’s medical history. Gathering relevant, 100 percent accurate patient data is of prime importance for delivering quality service. After all, the mission was, from the very beginning, to build paths that would allow everyone to receive the patient care they need and deserve (not create shortcuts for potentially lawless acts).

A questionnaire was also an additional layer of protection created to safeguard users from unknowingly taking the wrong medication. Instead, the pre-set conditions and info you provide help the system automatically track your therapy, preventing any mistakes.
‍

One of the key features involves Core APIs development. The integration with the client’s internal API helps integrate with databases containing patient and medicine information.

This smart system handles prescriptions and medications, which are automatically added to user profiles. This enabled users to receive doctor's prescriptions via our application and keep the records safely stored in our database, along with their medical history. The system also helps users easily keep track of the medicine they are taking and centralizes their data for future reference.
‍

We set up email reminders to send automated notifications and keep users engaged. This was an additional layer of not-so-much tech-related security as much as health-related safety.

Unfortunately, an alarming number of patients give up on therapy due to financial difficulties. Since the application was originally built to prevent finances from dictating the course of user treatment, this was a part of a strategy to make patients stick to their prescribed therapy and take their medications accordingly.
‍

Using Stripe, we set up a secure payment processing as we believe it is one of the most secure third-party payment systems on the market. It enables ownership of the entire payment process: from accepting and processing the payment to reconciliation. Thanks to Stripe, the application also accepts multiple payment options, which is critical for a seamless eCommerce experience.

Our fellow dev colleagues might find our approach to debugging particularly interesting. To make sure we address all issues right away, we built a direct communication channel where users can let us know when they encounter any problems. We also set up usage tracking to uncover improvement areas and come up with the best ways to perfect the app.
‍

To ensure long-term functionality, we included a Slack integration for easy bug tracking. We set up several internal channels to create a space where developers can promptly get notified about any errors users come across while navigating the system. This proved to be a much more efficient approach to debugging, as developers can skip the part where they have to search through logs to discover the most pressing issues.
‍

We configured the app to send data to several analytics tracking systems. We set up the configuration for Mixpanel analytics software to get detailed reports on app usage and get additional insight into how the system can be improved.

After months of hard and dedicated work, the Inviggo team was proud to present a successful, HIPAA-compliant application built from the ground up. Our developers were involved in the deployment planning and release process, as well as communication with high-level management. Our dedicated approach allowed quick response times and near-instant resolutions of critical incidents and bugs.

From this standpoint, we can say that we delivered:

The final product was a web application that does much more than your average pharmacy app. The latest version of the system includes: