Cross-platform App Development: Is It The Most Preferable Approach? 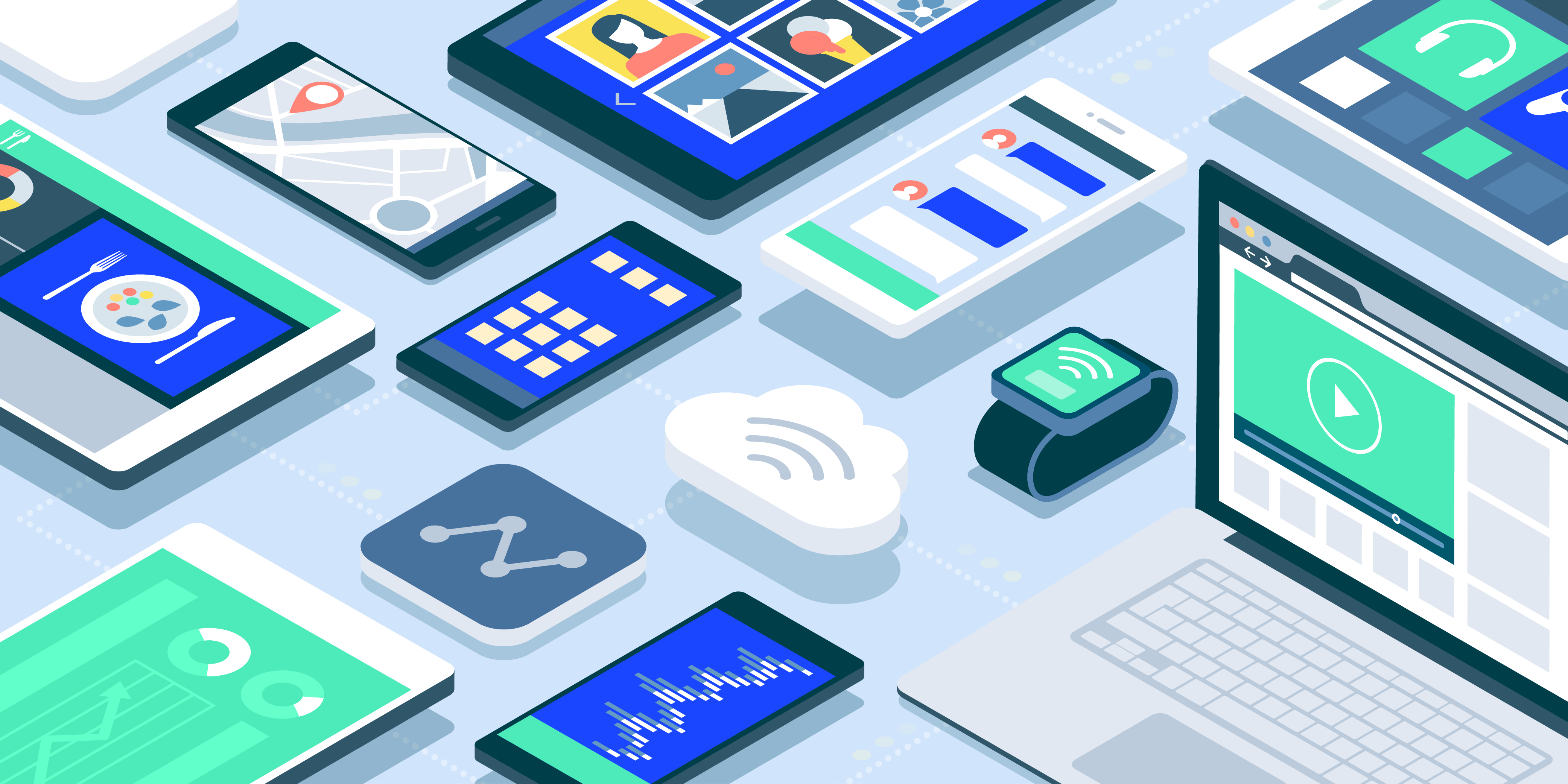 A modern user is a mobile user - a fact the majority of us are already familiar with.

But did you know that people spend more than 4 hours a day using different mobile apps? And that’s just in the U.S.; some other markets reported more than 5 hours of daily smartphone app usage.

The numbers keep growing on all fronts. When iOS App Store was launched more than a decade ago, it had only 500 applications at its disposal. Today, the number is closer to 2 million, while Google Play Store already surpassed the 2.5 million milestone.

The market is flooded with apps, and yet - users keep asking for more.

The pressure is put on businesses to come up with smart and practical digital products that will meet public demands in terms of functionality and performance. However, it is the developers who are responsible for actually creating smartphone apps that will meet consumers’ ever-growing expectations.

But not all apps are created equal

What precedes the actual app development process is careful planning; decisions have to be made regarding the type of application that should be built, the most optimal framework, and a suitable technology stack.

The choice usually boils down to three application types and should be based on the specific requirements of the project: web, native, or a cross-platform app.

Web apps are hosted on web pages, meaning that they are used through a web view and not downloaded on a mobile device. They are relatively simple to build and are cost-effective, but come with some limitations. Although they are built to perform well in any browser and operating system, the fact that they are dependent on the Internet connection and cannot be used on a mobile device makes them a less favorable option among modern users.

Native apps are mobile applications built specifically for Android or iOS platforms. In fact, “native” in their name refers to the fact that they are built to match the operating system, software framework, and hardware of a particular platform to ensure maximum compliance. As such, they offer stellar performance and a seamless user experience. Any disadvantages? Unfortunately, yes. In addition to being reserved solely for a single platform, native applications take more time to develop and come at a higher cost.

As none of the two could be called perfect, developers continued their search for the alternative that would offer the best of both worlds, introducing new and revisiting the existing solutions.

The emergence of the cross-platform applications

Cross-platform applications in a way blend the advantages of the two previously mentioned app types - multiple platform performance and faster development process at a lowered cost. The roll-out of the app is accelerated and is likely to attract a greater number of users. Still, the development teams need to be prepared to make adjustments to ensure that it operates flawlessly both on iOS and Android devices.

To manage user experience and maintain it at the highest level, several variants appeared:

These represent an attempt to merge web with native applications, that is, the native shell with the back-end core. To build them, developers choose from a selection of technologies and languages, including CSS, JavaScript, Angular, React, Vue, HTML, etc. In theory, they should have been the ideal solution but, in time, they showed to be far too expensive and complex to build. Yes, they don’t require a browser to run and function at high speeds, but are still dependant on the internet connection and receive low UX scores.

They emerged as a response to the negative attitude towards hybrid apps. All components of complied to native apps are written in a language similar to JavaScript to comply with Android and iOS-native code. This did help them win the popularity contest against hybrid apps, as complied to native were more affordable to build and performed at high speeds on all platforms. Still, bugs and maintenance issues remained present.

At this point, PWAs represent the most favorable alternative as they incorporate the features of both native and web apps. They are affordable to build and can operate at high speeds. Furthermore, recent statistics indicate that they have a higher conversion rate, better customer engagement, lower bounce rate, and cost much less to build and maintain than native apps.

Unlike the two previously listed subtypes of cross-platform apps, progressive web apps cannot be downloaded from the iOS or Google Play store, but are opened as a web page in a mobile browser. When users first access it, the browser cashes the data necessary to run the PWA offline. This means that a stable internet connection is required at least when it is first uploaded but not every other time you want to use the app.

At first, cross-platform applications were popular among mobile game developers who yearned for a development solution that would allow them to present their products to the widest audience possible. In 2020, as much as one-third of all applications were built using cross-platform technologies. This type of apps became more powerful and flexible. Gradually, they helped pave the fastest and most cost-efficient way to the target market.

Is that all? Not even close.

Cross-platform apps are also characterized by:

If we were to talk about cross-platform apps in general, the two most commonly used frameworks are:

React Native is Facebook’s JavaScript-based framework praised for its code reusability, ready-to-apply elements, and real-time overview of the completed work. In a relatively short amount of time, it enables developers to build intuitive and responsive native-like interfaces. The final product is more stable than applications built using some other frameworks, and third-party plugins can be easily implemented to enrich the app’s functionality.

Flutter is an open-source development kit (SDK) maintained by Google and is widely considered the best framework for high-performance applications. The rendering engine is built to enable quick customization of animations and with the hot-reloaded feature added to the mix, any coding changes can be reviewed instantly. And to top it all off - they are visually appealing because developers have an array of widgets and elements at their disposal.

For Progressive Web Apps, in particular, the most popular frameworks include:

Angular is another Google product, considered to be among the most efficient JavaScript frameworks available on the market. It utilizes HTML to enable the conversion of static elements into dynamic ones, which means that the app’s content will be periodically updated. Furthermore, owing to a Model-View-Controller, all changes in the model will reflect in the application as well.

Ionic is an open-source framework based on SAAS UI intended specifically for mobile operating systems. It resembles Angular structure and design but uses HTML5 for translation. Its Appflow has you covered during the entire DevOps lifecycle, providing the tools necessary to build quite powerful applications. What developers love the most about it is the Continuous Integration, Delivery, and Deployment, that is CI/CD pipeline, which is key to delivering fast Time to Market and user satisfaction.

Vue is a JavaScript framework largely used for simple web applications. Despite being small in size and fairly simple to install, it is suitable for building high-performance PWAs. Vue.js is also known for its coupling capability which allows developers to gather individual CSS, HTML, and JavaScript files into one component.

Created by Facebook, React.js is a JavaScript library that is open-sourced since 2013 and to this day managed to become developers’ second favorite framework. It is stable, features an extensive toolset, and is scalable, with a gradual learning curve. What sets it apart from other frameworks on this list is the fact that it is SEO-friendly, which is quite an important feature when you consider that it is used to build Progressive Web Apps which will be interacted with in mobile and desktop browsers.

Our conclusion may disappoint you: there is no singular solution equally adequate for all applications in the making. The choice of the method of development largely affects its performance and functionality, so in order for a developer to decide on the best approach, they need to have a clear vision of the app’s objectives and expectations.